Our books written from the perspective of political Science

Books that deal with religion and Israel

We have a number of books in Hebrew

The History and Geography of Israel
and the Middle East Books

Some of the Best Academic Books From Israel!

Israel is home to some of the best academicians around the globe. Regrettably, for too long most of their works have been unknown to the majority of the world.

ISRAEL ACADEMIC PRESS (IAP) is dedicated to making the finest Israeli academic writing available worldwide– at an affordable price– to both authors and readers. We are a peer-review press with an Academic Adivory Board. It is our goal to ensure our books are available in as wide a range of formats as possible– both physical and electronic; in tandem, both in Hebrew and in English. 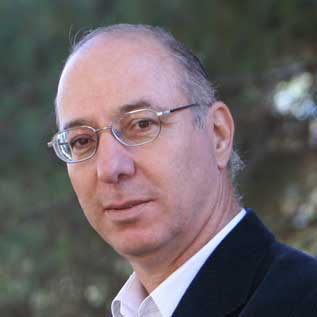 Yitzhak Reiter is a professor of Middle East, Israel and Islamic Studies. He chairs the Department of Land-of-Israel Studies at Ashkelon Academic College and is a senior researcher at both the Jerusalem Institute for Israel Studies and the Harry S. Truman Institute for Peace Research of the Hebrew University of Jerusalem.

Professor Reiter was a visiting scholar to Oxford University – St. Antony's College (2001), The Middle East Institute – Washington D. C. (2003), Sydney University (2003-4). In addition, he was a Schusterman Fellow teaching at the University of Minnesota during the academic year 2008-9 (Political Science and Jewish Studies).

Between 1978-1987 Reiter served as deputy advisor on Arab Affairs for three Israeli Prime Ministers (Menachem Begin, Yitzhak Shamir and Shimon Peres). In 2006 he advised the Israel Council for National Security regarding the policy of integrating the Arab minority.