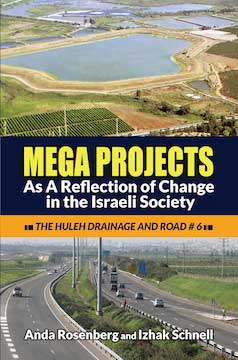 Analyzing two central mega-engineering projects in Israel: the Huleh drainage in the 1950s and the Trans-Israel Highway in the 2000s led the authors to conclude these large-scale projects reflect deep structural changes in the Israeli society during the two periods under review. The analysis focuses on five domains: national ideology, the public discourse and the process of decision making, attitude toward nature and environment and social justice. A strong synergy was found between the culture and the politics of the Israeli society at each of the two researched periods and the nature of the initiated mega-project.