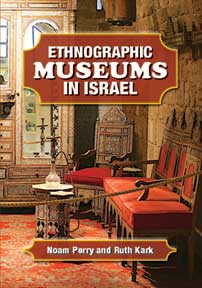 Ethnographic Museums in Israel focuses on a new dimension of the Israeli museological landscape. Since the 1970s, Jewish ethnic groups that were dissatisfied with the way large-scale museums had displayed (or ignored) their heritage, began to erect museums dedicated to their own cultures. These include museums dedicated exclusively to the cultural heritages of the Jews of Germany, Hungary, India, Iraq, Italy, Libya, Morocco, Turkey, Uzbekistan and Yemen, depicting the “glorious past” of these ethnic groups. In parallel, Arab (including Bedouin), Druze, and Circassian minorities of Israel and Palestinians began creating museums that challenge the narrative portrayed in the museums of Jewish settlement and highlight their own cultural heritage. Taken as a whole, these museums and heritage centers portray the ethnic diversity of Israeli society and preserve this diverse cultural heritage for future generations.