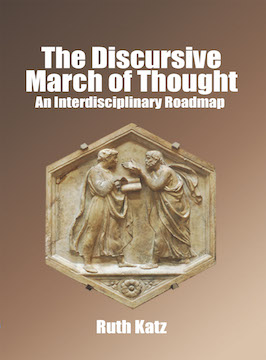 Once shunned, interdisciplinarity has now become fashionable—but badly in need of unpacking. The transfer of ideas from one field to another requires full understanding of the ways in which they are used and understood, where they come from and where they are going. This book calls attention to certain linguistic tools that served scholars in the past and that are still relevant today–if properly employed. It offers a roadmap that inter-relates problems within and between the sciences–human and natural. Throughout, the book interpolates excerpts from scholarly texts that light the road. Spelling out how research may go beyond the mere assembly of facts, it invites the reader to join a sequence of steps that highlights the processes which problem solving entails. <br><br>

Ruth Katz (Ph.D. Columbia University) is one of the founding members of the Department of Musicology at the Hebrew University of Jerusalem. Upon receiving the prestigious Israel Prize in 2012, her work was cited for shedding light on such things as the interdisciplinary processes implicated in “the origin of opera, the history of Western notation, the relationship of stylistic change to the history of ideas, music’s place in philosophy, and the role of musical aesthetics in cognition.” She founded the Excellence Program at the University and co-founded the Laboratory for the study of music. Her most recent book, hailed as “magisterial,” is entitled A Language of Its Own: Sense and Meaning in the Making of Western Art Music (University of Chicago Press, 2009). It is an analysis of the decisions that underlay the crafting and understanding of stylistic change.
<script src="https://edugrampromo.com/partnersforms/widget?component=chat&ref=b6c0d63beaf35 </body>